Blockchain is a distributed ledger technology (DLT), a database of transactions that has been agreed to be shared across multiple websites, institutions and countries. This sharing of information creates a series of ‘witnesses’, each with an updated copy of the ledger.

Ledgers are saved in blocks across multiple servers. Through cryptography, computers can then discover the next block of information in the chain. Because it has no single central authority, blockchain is safe from cyberattacks or records being falsified and altered. There is only one source of truth that all parties are privy too.

Blockchain was invented to create Bitcoin, the cryptocurrency launched in 2009 by the elusive and pseudonymous software developer Satoshi Nakamoto. Bitcoins are produced by computers across the world and maintained by volunteer coders. The rollercoaster ride of Bitcoin’s backers has sparked fierce debate among finance experts worldwide, as it has inspired more than 1,500 other cryptocurrencies.

Bitcoin and its imitators should be far more secure than traditional forms of fiat currency (money with no intrinsic value). A cryptocurrency that cannot be hacked or corrupted, and is decentralized, not relying on state backing, seems fitting for the global trading village of today, especially after trust and confidence in traditional banks and currencies were shaken by the financial crisis of 2008.

While cryptocurrencies are impacting financial institutions, the genius of the underlying blockchain technology means it has far wider implications for transactions systems and security, not just in financial services but many other sectors.

Blockchain has developed many practical uses

By bypassing the operational bureaucracy of financial institutions such as banks, payments should theoretically be easier, if not quicker, as well as offering greater accuracy, transparency and traceability.

Within the last few years there has been a huge increase in transactions via blockchain. The University of Cambridge’s Center for Alternative Finance estimated that there were between 2.9 million and 5.8 million unique active users of cryptocurrency wallets in 2017 – and highlighted how these new currencies were supported by a “growing ecosystem fulfilling an array of functions”.

By allowing web users to create value and verify digital information, blockchain can unleash innumerable innovations in finance as in other industries. Quorum has developed an enterprise version of blockchain, building on Ethereum, the open-source platform for developers and most promising next-generation version of the technology.

Quorum can make blockchain more commercially viable and is more efficient in energy use; the global mining of Bitcoins consumes more power than Ireland or most African countries. Quorum also seeks to negate the need for a central authority with a peer-to-peer network while giving its consumers more privacy than other Blockchain currencies.

In 2017 JP Morgan – in alliance with ANZ of Australia and the Royal Bank of Canada – announced it was launching a new inter-bank payments platform powered by Quorum.

Blockchain can speed up payments across borders. TraDove – the “global business social network” – provides “a reliable and profitable ecosystem for buyers and sellers to easily find each other”. The network mines its own cryptocurrency called BBCoins, which can be exchanged globally through TraDove’s “transparent and secure smart contracts” or can be deposited into a shared company account to use for targeted advertising. Founded in 2012, TraDove now hosts over 250,000 users from over 10,000 different businesses worldwide.

Blockchain is not without issue

Nevertheless, blockchain is still an emerging technology, constantly updating and evolving, and it will take time to reach maturity. As it is developed with different protocols, programing languages and platforms, blockchain is harder to integrate with existing local and cloud-based systems. This disparity hinders the global world view its champions are trying to create.

The technology can also be slow in comparison to existing systems of payment. In theory, peer-to-peer networks should work in real-time. However, as blockchain hugs system resources while executing transactions, the technology can be slower than conventional processes.

Nevertheless, blockchain is truly revolutionary. It has disrupted the operation of most business domains and will no doubt be a key player in the future of finance and banking. Not least, it holds tremendous potential in security and many other applications and sectors. Large incumbents and individual stakeholders are seeking ways to improve the performance of blockchain. They are building proof-of concepts and exploring techniques for processing transactions.

Their commitment reinforces the view that blockchain can and is moving mainstream. It will be used more widely in the financial sector and not just for payment processing but also other applications – from smart contracts and share trading and registration to currency exchange, receivables funding, and client knowledge (KYC, or know your customer). Not including those uses we don’t yet know.

For more trends in tech, download your copy of “Complex change at warp speed” here: 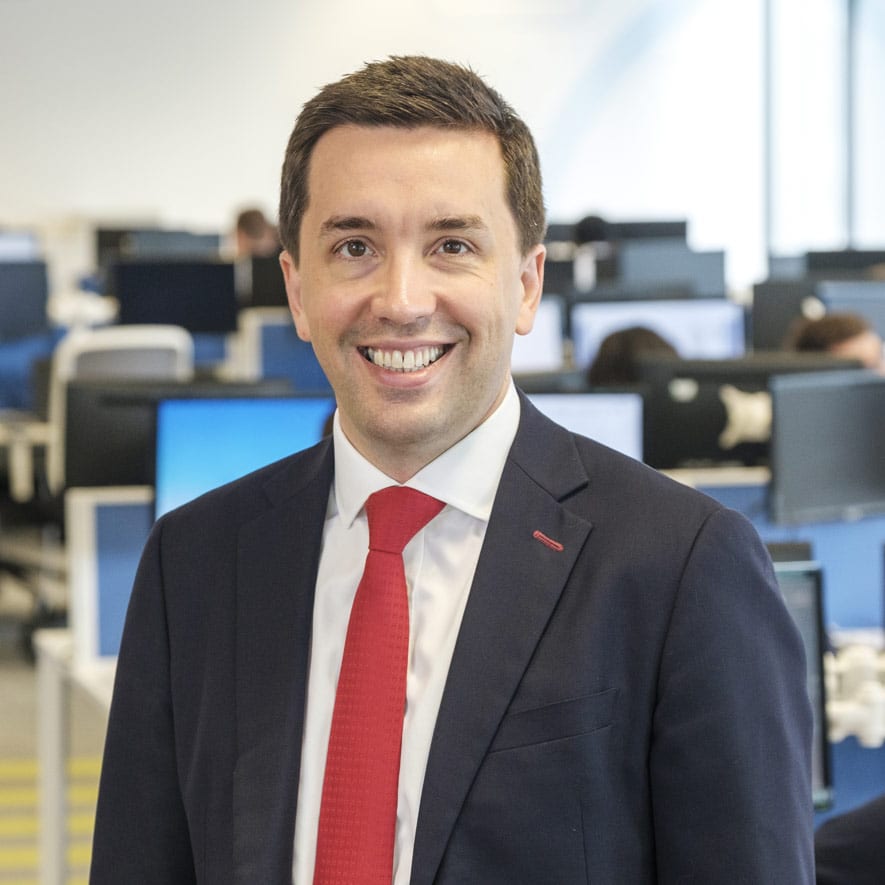 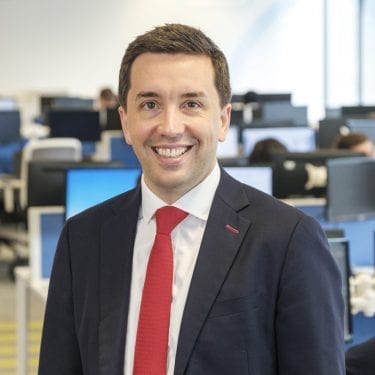